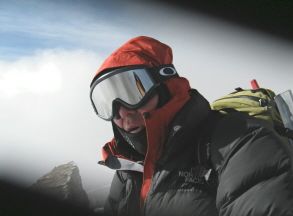 Robert E. Wright, PhD, was born in Trenton, Ontario, Canada in 1958. He is an economic consultant residing in Glasgow, Scotland. He is also an Affiliate of the Adam Smith Business School at the University of Glasgow.

He is a Research Fellow at the Institute for the Study of Labour, Bonn; a Senior External Demographic Expert at the Office of National Statistics, London; a member of the Office of National Statistics National Population Projections Expert Advisory Panel; a member of the Expert Group of the Board of Actuarial Standards; a member of the Advisory Network of the Social Justice Foundation; and a Fellow of the World Demographic Association, St. Gallen, Switzerland. He was a Board Member of the Scottish Parliament’s Positive Ageing Project. For five years, he was the Executive Director of the Scottish Graduate Programme in Economics.

He is a Fellow of the Royal Society of Arts; a Member of the Institute for Learning and Teaching in Higher Education; and an Academician and Founding Editorial Board Member of the Academy of Social Sciences.

He has been a Visiting Professor at Nuffield College, Oxford, the RAND Corporation and DELTA in Paris, along with the Universities of Amsterdam, Naples, Oxford, Stockholm, Southern California and Western Australia.

Link to my Site at Glasgow University

What does it mean to be Canadian?

1. You know that Canada has the largest French population in the world that never surrendered to Germany.

2. You don't know or care about the fuss with Cuba. It's just a cheap place to travel with good cigars and no Americans.

3. You know that the Hudson Bay Company once owned 1/11th of the Earth's surface.

1. You know that Canada has the largest French population in the world that never surrendered to Germany.

2. You don't know or care about the fuss with Cuba. It's just a cheap place to travel with good cigars and no Americans.

3. You know that the Hudson Bay Company once owned 1/11th of the Earth's surface.

4. You know that the C.E.O. of American Airlines is a Canadian.

7. You dismiss all beers under 6% as “for children and the elderly”.

8. You can eat more than one maple sugar candy without puking.

9. You still haven't taken down your “NON” posters from the 95 Referendum.

10. You know that Mounties “don't always look like that”.

11. You know that the average dog sled team can kill and devour a grown human in less than three minutes.

12. You understand the sentence, “Could you please pass me a serviette? I just spilled my poutine”.

13. You can drink legally while still a teenager.

14. You know what a Robertson screwdriver is.

16. You eat chocolate bars instead of candy bars. 17. You drink pop, not soda.

18. You know that a mickey and two-fours mean “Party at the camp, eh?”

19. You stand in “line-ups” at the movie, not lines. 20. You talk about the weather with strangers and friends alike.

21. When there is a social problem, you turn to your government to fix it instead of telling them to stay out of it.

22. You're not sure if the leader of your nation has ever had sex and you don't want to know if he has!

23. You get milk in bags as well as cartons and plastic jugs.

26. You have Canadian Tire money in your kitchen drawers.

27. You know that Thrills are something to chew and “taste like soap”.

28. You know that the Friendly Giant isn't a vegetable product line.

29. You know that Casey and Finnegan are not a Celtic musical group.

30. You participated in “Participaction”.

31. You have an Inuit carving.

32. You wonder why there isn't a 5 dollar coin, as you can only use more change.

33. Unlike any international assassin/terrorist/spy in the world, you don't possess a Canadian passport.

34. You use a red pen on your non-Canadian textbooks and fill in the missing u's from labor, honor, color, etc.

35. You know the French equivalents of “free”, “prize”, and “no sugar added”, thanks to your extensive education in bilingual cereal packaging. 36. You are excited whenever an American television show mentions Canada.

37. You make a mental note to talk about it at work the next day.

38. You can do all the hand actions to Sharon, Lois and Bram's “Skin-a-ma-rink-a-dink-a-dink” opus. 39. You were mad when “The Beachcombers” were taken off the air.

40. You have some memento of Bob and Doug.

41. You know Toronto is not a province.

43. Back bacon and Kraft Dinner are two of your favourite food groups.

44. You smile when people discover that calling you a “Canuck” isn't an insult.

45. When someone yells “car!” you automatically reach for the hockey net.

47. You design your Halloween costume to fit over a snowsuit. 48. You know that the last letter of the English alphabet is always pronounced “Zed”.

49. Your local newspaper covers the national news on 2 pages, but requires 6 pages for hockey.

52. You understand the Labatt Blue commercials. 53. You know how to pronounce and spell “Saskatchewan”.

54. You perk up when you hear the theme song from “Hockey Night in Canada”.

56. “Eh?” is a very important part of your vocabulary, and is more polite than “Huh?”

57. You've frozen your tongue to something metal and lived to tell about it.

58. You have Canadian Tire money in places you wouldn't expect to find it.

59. You know that the biggest flag ever seen in an Olympic closing ceremony was Canadian (twice...and the second was smuggled in against the rule that was made because of the first one).

61. You know that in the war of 1812, we burned the White House and most of Washington.